According to research, in 2021, over 1.5 billion viewers were recorded watching video game content. This astounding number showed a growth of more than 25% compared to the year before.

Although these are already impressive stats, the number is actually said to increase in the next few years. It’s projected that this, in turn, will cause the gaming industry’s expected revenue to reach $3.5 billion by 2025. So, it is safe to say that gaming channels aren’t going anywhere anytime soon.

But, the real question is, “Can you create a profitable gaming channel?” With so many social media platforms and video content websites already available, it may seem intimidating to get your channel started.

Despite your possible hesitation, yes, gaming channels are absolutely worth making… with the right content and tools of course.

In this article, we’re going to discuss why gaming TV channels are a good idea to invest in, how they can be successful, and a few marketing tips that can help you establish your channel as a leader in the gaming community. So, let’s get right to it.

As someone interested in starting their own Video Gaming Channel, you need every tool you can get. Ask about TvStartup’s brand new Broadcast Studio and Re-streamer. Everything you need for your production in one dashboard.

The first reason is that, compared to other industries, it is an unexplored niche. That may sound crazy, but if you think about it, there are very few dedicated gaming TV channels available in the market.

Sure, there are some household named streamers in today’s world, but that doesn’t mean gaming TV channels are anywhere near meeting their potential. Other markets such as cable TV stations, YouTube, and social media sharing channels are oversaturated. Everyone has an account and they’re all sharing the same content.

The idea of creating a personalized gaming TV channel that is essentially it’s own application has been just that; an idea. Platforms like YouTube and Twitch aren’t going anywhere, but that doesn’t mean you have to either. With the right broadcasting studio and re-streamer, not only can you publish your own application, but you can also still restream your content to YouTube and Twitch. This will give you the unique opportunity to both stream on multiple platforms (including your own), and stand out from anyone else who has a niche in gaming.

The second reason is the growth of the gaming industry. In the past 10 years, the viewership of video content has gone from a few million people every year to billions of people watching annually. Also, not only are these people watching and enjoying, they are subscribing and spending money on premium content and merch. Creating your channel would just be the first step in marketing your love for gaming.

With your own gaming TV channel, the possibilities are endless. You would be able to capitalize on an industry that is still growing. Picture yourself right now as the Wright Brothers. Your goal is to invent something never before seen (the airplane) in an industry that has the means to produce it (aeronautic knowledge). The gaming community is going to do nothing but grow. Make sure you’re ready and are taking advantage of the very bright future that is to come.

Reason 3: Be Your Own Boss

The third, and final reason, is the freedom having your own gaming TV channel provides to content creators. Having a successful channel creates an environment that releases you from the bounds of corporate guidelines and strict measures.

An accomplished channel will mean that you are your own boss (a glory almost everyone wishes they could have). While it’s not as easy as one might hope, it still means that all of the revenue your channel generates, is yours– not your manager’s, not your CEO’s, not a corporations. If done right, your gaming channel could actually find itself competing with the multi-million-dollar companies posing as platforms for content creators.

How to Outperform Competitors

As the famous saying goes, “To be the best, you’ve got to beat the best.”. So, if you truly want your gaming TV channel to outperform competitors and bring more views and subscribers, you’re going to have to outdo the competition.

How do you out-do multi-million-dollar companies? Well, do what they haven’t yet and give audiences what they want. Let’s say you have a bit of a following as a gaming presence on the internet, so you create your very own personal gaming internet TV platform. Here are some ways you can outperform competing companies:

Create a Stunning Interface – A good interface for any application or website can increase user interest by 200%. So, by creating an appealing interface for your gaming TV channel, you can attract a larger audience and higher the probability of them wanting to be a part of your community.

Make Affordable and Valuable Tiers – Make sure your content ranges over a large pricing spectrum so that you can grow your audience. Creating multiple pricing tiers provides users with a variety of options based on their financial situation. This is something that is quite often missed on the larger gaming content platforms.

Add Features and Inclusions– In the beginning, if you don’t have a large following yet, you may have to start from scratch. Later on, after you gain viewership, your audience will always tell you what they want. An apt example of this is people begging for YouTube to add the feature of letting videos continue to play when the application is in the background. The key concept to take away is learning how to listen to your supporters. Whether you ask for their advice or not, their criticism is the only feedback that matters. Grow your channel for them, because of them, and with them.

Put Forth Content that Matters – By truly understanding your audience and who your target is supposed to be, you can create and put forth content that people love. Not only is it about playing well-liked video games, it’s about your ability to record your videos, uploading them easily, and restreaming them on other popular platforms, all while maintaining your channel’s unique personality. It may seem like a lot at first, but thanks to qualified OTT services, you have the tools to get it done. 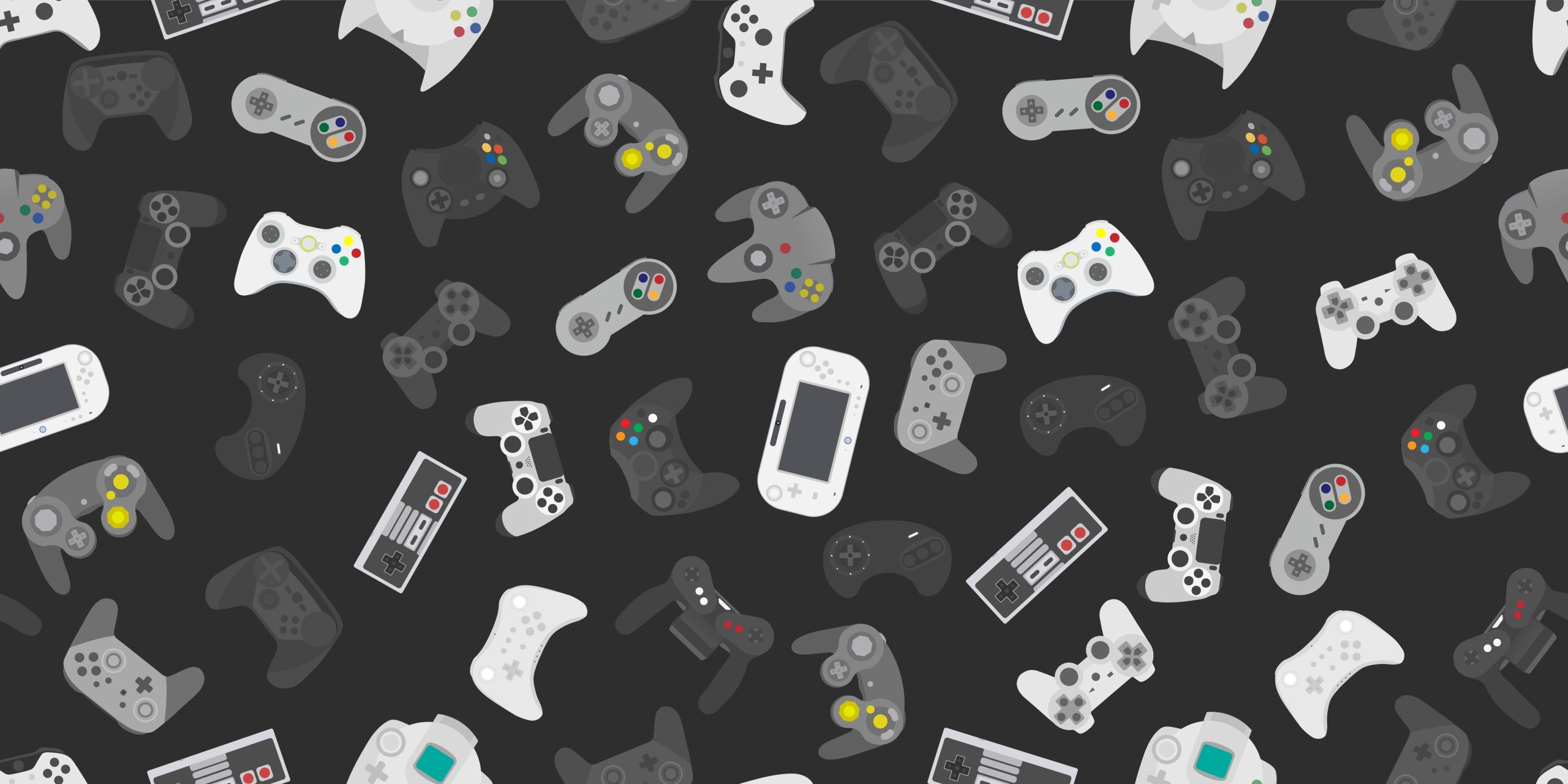 Once you’ve established your gaming TV channel, you’re going to have to market it to your target audiences effectively. If you’re not sure where to start, here are some cool tips and tricks that you can use to build and expand your audience:

Collaborating with Other Gamers

If you can get a hold of other gaming personalities (possibly with a larger following) and collaborate on a project/stream, this can organically increase the numbers of viewers your channel gets.

Also, the collaboration might even bring interested viewers from other communities to your channel. This is because the more channels you are on, the greater the probability of you and your own channel being found. Networking is still one of the most powerful ways to grow your audience.

You should make sure you have a budget set before you implement this tip because it’s going to cost you a little bit of an investment. However, the advantage of giveaways is that they can increase the return rate of new viewers.

It can be as simple as holding a contest or a raffle either via your email list or actual viewers on a particular stream. Choose a lucky winner and give them something to remember your channel by. It doesn’t have to be some grand gesture. As long as it is unique to you and/or your channel, it will leave a memorable impression.

Giveaways like this will help you build your email list of potential life-long fans, and a solid email list will also help for future marketing of your gaming TV channel. Clearly, everything goes hand-in-hand. And, to think, a few freebies here and there can get you started.

Okay, so this one might sound obvious, but we need to cover it anyway. C’mon, there might be some newbies who need our help too.

Depending on the type of gaming content you make, it’s a wise choice to find games that are viral and within your channel’s bracket, and play them for your viewers. Whether your channel’s aesthetic is known for being funny, obnoxious, chill, highly skilled, or whatever your niche may be, play what’s popular to your advantage. You don’t have to play the games the way everyone else plays– stay unique, and let your channel gain some traction by being a part of viral content.

The gaming market is currently on an exponential rise. That’s why creating a gaming TV channel with your own unique spin can lead to a successful future investment for those with a passion in the gaming industry. With the right tools, such as a Broadcast Studio and Re-streamer, your very own gaming TV channel can find it’s place in the ever-growing gaming world. Lastly, implementing simple marketing techniques can help you expand your channel so that you can compete in said growing world.